The KeyBank Center opened September 21, 1996 and is the home of the Buffalo Sabres of the National Hockey League. It seats 18,690 people for ice hockey. There are 80 luxury suites, and about 5,000 of the 18,690 seats are considered club seats.

Nearby Shopping and Entertainment Districts

KeyBank Center is at the western end of Buffalo’s Cobblestone District, a historic district bounded by Illinois, Perry, and Columbia Streets, and South Park Avenue.

KeyBank Center is within walking distance of Canalside, a complex of open spaces that includes a boardwalk and an entertainment pavilion.

No discussions of a trip to Buffalo would be complete without some guidance on where to eat Buffalo Wings.

There are many places in the City of Buffalo and its suburbs. All have their supporters, but the top suggestions are:

If you made a trip to Buffalo for the Frozen Four, and you want to impress your family with better meal choices than wings or lots of beer and bar food, check out The Healthy Scratch inside the Shops at Harbor Center facing Canalside. This is 75 Main Street.

KeyBank Center is served by the Niagara Falls Transit Authority NFTA Metro, a small surface rail system serving the area between the University at Buffalo South Campus at Main Street and Kenmore Avenue in North Buffalo and Downtown Buffalo.

Parking near the KeyBank Center and at HarborCenter generally costs $10 to $20 per game. Bus parking is $30 and up. For more information, see KeyBank Center Parking Locations.

KeyBank Center used to be referred to be several other names, all of which refer to the same bank as it was acquired by different bank holding companies. Initially it was called Marine Midland Arena, it’s name from 1996 to 1999. After that, it became HSBC Arena.  HSBC was Marine Midland’s parent company until 2011.

In 2011, First Niagara Bank acquired most of HSBC’s bank branches in New York, and bought the naming rights to the Arena, so it became the First Niagara Center. Five years later, KeyBank bought First Niagara, and changed the name of the arena to KeyBank Center.

RinkAtlas is indebted to Denny Lynch, Colleen Lynch, and Brian Lynch for their help in putting this guide together. They chose the places, we chose how to describe the places and provided location information.

Have a great time at the Frozen Four. We wish we were there to enjoy the games and related festivities with you. And remember RinkAtlas whenever you need the latest hockey arena information for anywhere in North America.

The NCAA Men’s Division I Ice Hockey Tournament Regional Playoffs take place on March 29, 30, and 31 at four arenas across the country. Here is a guide to those arenas:

SNHU Arena is an arena that opened in November 2001 located in Manchester, New Hampshire. It seats 9,852 for ice hockey. During the regular season it’s the home of the Manchester Monarchs of the ECHL.

Nearby bars and restaurants worth checking out are El Rincon Zacatecano Taqueria across the street on Lake Avenue and Central Ale House, about two blocks north of the arena on Central Street.

For more ideas see the RinkAtlas page for SNHU Arena.

Dunkin Donuts Center is a 14,000 seat arena in Providence, Rhode Island that opened in November 1972 and was renovated in 2008. During the regular season, it’s the home of the Providence Bruins of the American Hockey League.

Bars and restaurants that look promising are The Vig located in the Hilton on Atwells Avenue, or Murphy’s, an Irish pub on Fountain Street.

For more ideas see the RinkAtlas page for the Dunkin Donuts Center.

Parking in the garages close to the PPL Center is really affordable for most events, although we’re not certain if the rates are different for the NCAA Tournament than the AHL games. If you arrive early and park in a garage, you can easily walk to bars and restaurants discussed below.

We wish we could recommend Chickie’s and Pete’s, which is a bar/restaurant that’s very popular regionally and in the same building as the arena itself. But most of the people we’ve talked to disliked this location. There is also a Tim Horton’s café located in the same building, which is pretty unique for this part of the U.S., but it serves mostly donuts and bakery items, and it’s only open 6:00am to 4:00pm.

See the RinkAtlas arena detail page for PPL Center for more bars and restaurants from which to choose.

Scheels Arena is a 5,000 seat arena in Fargo, North Dakota that opened in 2008. It is home of the Fargo Force of the USHL.

Scheels is the only one of the NCAA Regional venues that’s not in a neighborhood where you can walk to a bar or restaurant after you park before the game.

More ideas on the Scheels Arena page on RinkAtlas.

Phil and Devra Pulley, the previous owners of Revolution Ice Gardens announced the sale on March 1. 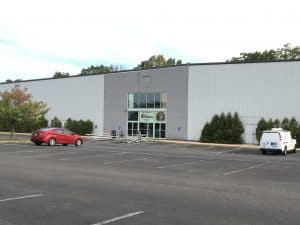 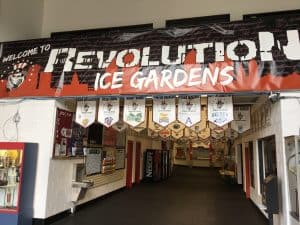 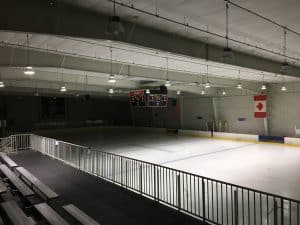 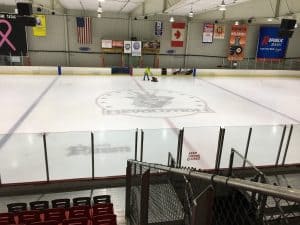 This is the third arena complex in the Philadelphia area acquired by Black Bear within the past two years.

Black Bear owns two arena complexes in Maryland, four in Illinois, and one in the Pittsburgh area, in addition.

Over the years, the Southern California area has experienced tremendous turnover as old single-sheet ice arenas have opened and closed in many different locations.

Obviously a ton of research into former Southern California ice arenas was done by Joseph (Joe) Nix one his Bygone Rinks web page. We are beginning with a list of arenas that he mentioned on Bygone Rinks, and adding information that we find in our own research.

Here is a list of arenas that we are aware of in the Southern California area that are not currently in the RinkAtlas directory because we have not completed research on them. The list is in alphabetical order, and any information we have about the arena is listed below its name:

Thanks to the RinkAtlas community members for their help in researching these arenas.

On December 8, RinkAtlas founder Dave Aiello was interviewed by Isha Jahromi of the Stick In Rink Podcast. This podcast is based in Victoria, BC and focuses on the NHL and Junior Hockey with attention to hockey in the British Columbia and the Pacific Northwest.

In this 10 minute interview, Dave and Isha discuss RinkAtlas features and some of its history, a few of the differences between NCAA and ACHA hockey, and the significance of the cover photo on the RinkAtlas Twitter page.

In case you are curious, the name “Stick in Rink” refers to the logo of the Vancouver Canucks, which shows a hockey stick extending across a hockey rink. 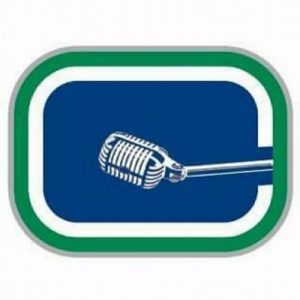 The Stick In Rink podcast is available on iTunes, Soundcloud, and wherever fine podcasts are available.

(Note to readers: The Stick In Rink Podcast carries the EXPLICIT tag in the iTunes Podcast Directory. Although no inappropriate language was used in the interview, we caution parents about some of the language in other segments of the podcast.)

Over the years, the Philadelphia area has experienced tremendous turnover as old single-sheet ice arenas have closed and multi-sheet arenas have opened to replace them.

Here is a list of arenas that we are aware of in the Philadelphia area that are not currently in the RinkAtlas directory because we have not completed research on them. The list is in alphabetical order, and any information we have about the arena is listed below its name:

We’re pleased to announce a new page called Arena Photos from Outside of North America. This is where we will keep photos that contributors send us of arenas that don’t currently exist in the RinkAtlas arena directory.

The first two photos on this page are from The SSE Arena in Belfast, Northern Ireland. They were taken by Erik Holvig, who is one of the top photo contributors to RinkAtlas. Thanks for sharing these photos with us Erik!

I’m pleased to announce that we just restored the list of nearby restaurants, bars, coffee places, and gas stations to almost 4,700 arena information pages on RinkAtlas. This capability is one of the signature features of RinkAtlas, and something that we tweak constantly in order to provide the best possible information to our users across North America.

If you have questions or concerns about our nearby business searches, please let us know by tweeting us @RinkAtlas or commenting on our Facebook page.

There are several significant differences between the database we’ve moved to and our previous database. As a result some of our query techniques had to be temporarily disabled.

Here are the ways that the RinkAtlas database can be searched at the moment:

If you enter one word contained in an arena’s name, you’ll be shown the listings for any matching arenas.

In other words, searching for “madison” will return Madison Ice Arena and Madison Square Garden.

Pick the best single word that you can in the arena name. We’re working on multi-word searches, and hope to bring back that capability soon.

Some of the largest and most interesting sets of arenas can be found by searching:

If you enter a U.S. Zip Code or Canadian Postal Code, you’ll see all of the arenas with addresses in that area.  Since both Zip Codes and Postal Codes are for relatively small areas, it’s somewhat difficult to find ones that contain multiple arenas. But that’s not the point.  The point of Zip Code and Postal Code searches is to find an arena which you are having difficulty finding using search by name.

The search options on RinkAtlas are now restored, with the exception of geo location searches. We are committed to recreating all of our search capabilities as soon as possible.

This article will be updated as we restore other search functions.

Thanks for your continued support and interest in RinkAtlas.

We’re pleased to announce that RinkAtlas is rolling out statistics about arenas in our directory.  Right now, the statistics we’re providing are as follows:

These statistics are rolling out for arenas in NCAA Division I arenas first, followed by NHL, and AHL arenas, then smaller arenas in the states of New Jersey, Pennsylvania, and Delaware.

Please let us know if you have any comments or questions about these new features.